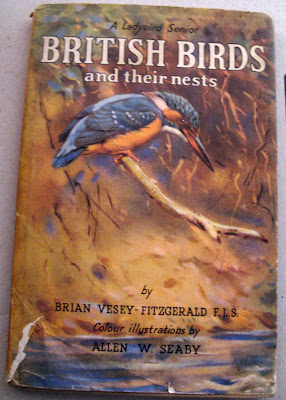 WHAT IS THIS BOOK ABOUT? 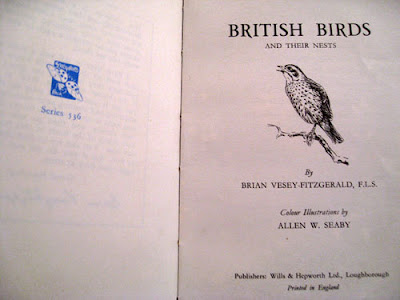 "This, children, is a new book about British birds and their nests. All the birds are common ones, and Allen Seaby has given you lovely coloured pictures, to enable you to recognise each of the birds when you see them.

I have tried to tell you a little about each bird, so that you will know where and how they live; what the bird is when you see it, and you can only do that by watching and keeping your eyes open. So you want to look at these lovely pictures very closely, and then go out and see how many of the birds in this book you can find. You can try their nests as well, but if you do, do not take the eggs - just look at them. 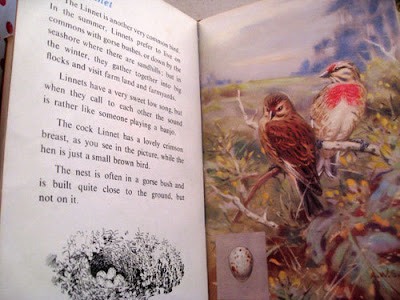 This copy complies with the following First Edition issue points for collectors : "Hardback book issued with dust-wrapper. Original price 2'6 Net. The title text on the dust-wrapper is white (later edition were in blue or black ink). Catalogue page at the rear of the book." 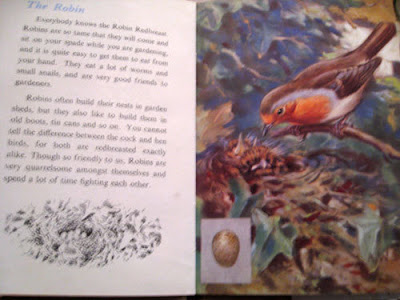 Ladybird published 27 titles in series 536 between 1940 and 1980 inclusive. The first 14 titles were originally published with dust-wrapper and had the original price of 2'6 Net.

This is a Ladybird Tuesday Post hosted by Being Mrs C
Posted by essentially curious at 01:28